With MIRAI, industrial robots can handle variance in position, shape, or movement in the workspace. Using artificial intelligence, the MIRAI controller generates robot movements directly and in real-time, as opposed to outputting individual measurements. MIRAI can be used for multiple steps within a task. It can also be flexibly retrained for new tasks.

Skills are not programmed but trained through human demonstration in a few days — no knowledge of programming or AI necessary. To train a robot, a human performs repeated demonstrations of a task by manually guiding the robot by the robot’s wrist. The movements are recorded by a nearby camera and a force torque sensor and are then transformed into a MIRAI skill.

Industrial robots with MIRAI are able to deal with variance in a workspace, performing tasks that would be very hard or impossible to hand-engineer.

Because MIRAI-enabled robots learn many tasks, they can be trained and retrained for various process steps.

MIRAI is a cost-effective solution for highly complex tasks. Expensive, special-purpose systems are not necessary anymore.

Customers can quickly and easily train or retrain robot movements by themselves in just a few days. No knowledge of programming or AI is required.

Plug together robot, a force sensor, cameras, and the MIRAI controller.

Demonstrate How to React to Variance

Show examples to the robot (which is watching through the camera): How could the task vary, how would a human react?

Our cloud servers generalize over the demonstrations and deliver a robot skill.

Test the results, then use the skill in a traditional robot program. 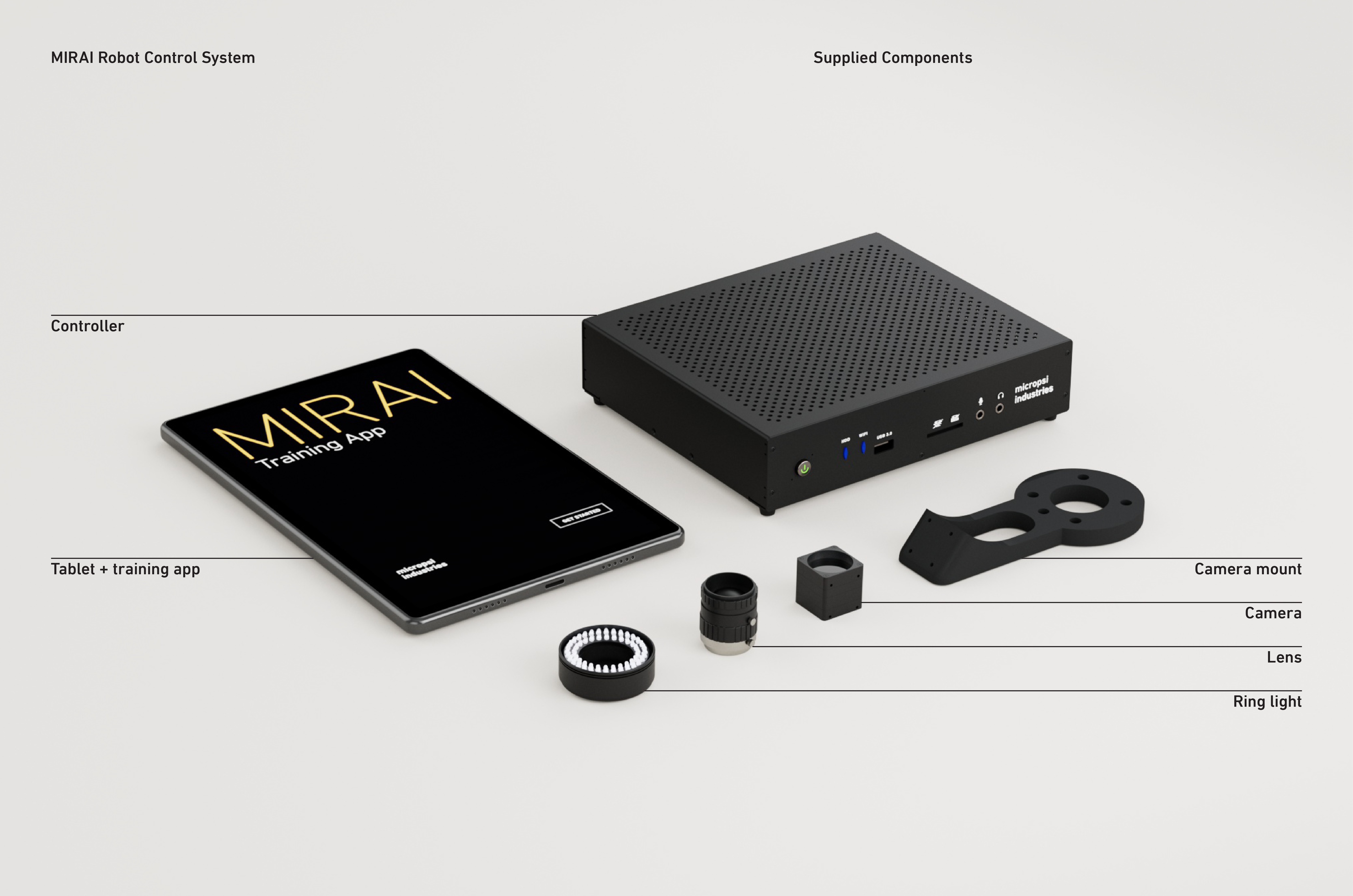 The MIRAI Robot Control System consists of both software and hardware. You attach the MIRAI system to your robot. You augment that robot, giving it hand-eye coordination. Our standard MIRAI kit can be tailored to your automation needs.

MIRAI is compatible with systems by Universal Robots and FANUC. More coming soon!

What comes with the MIRAI package? 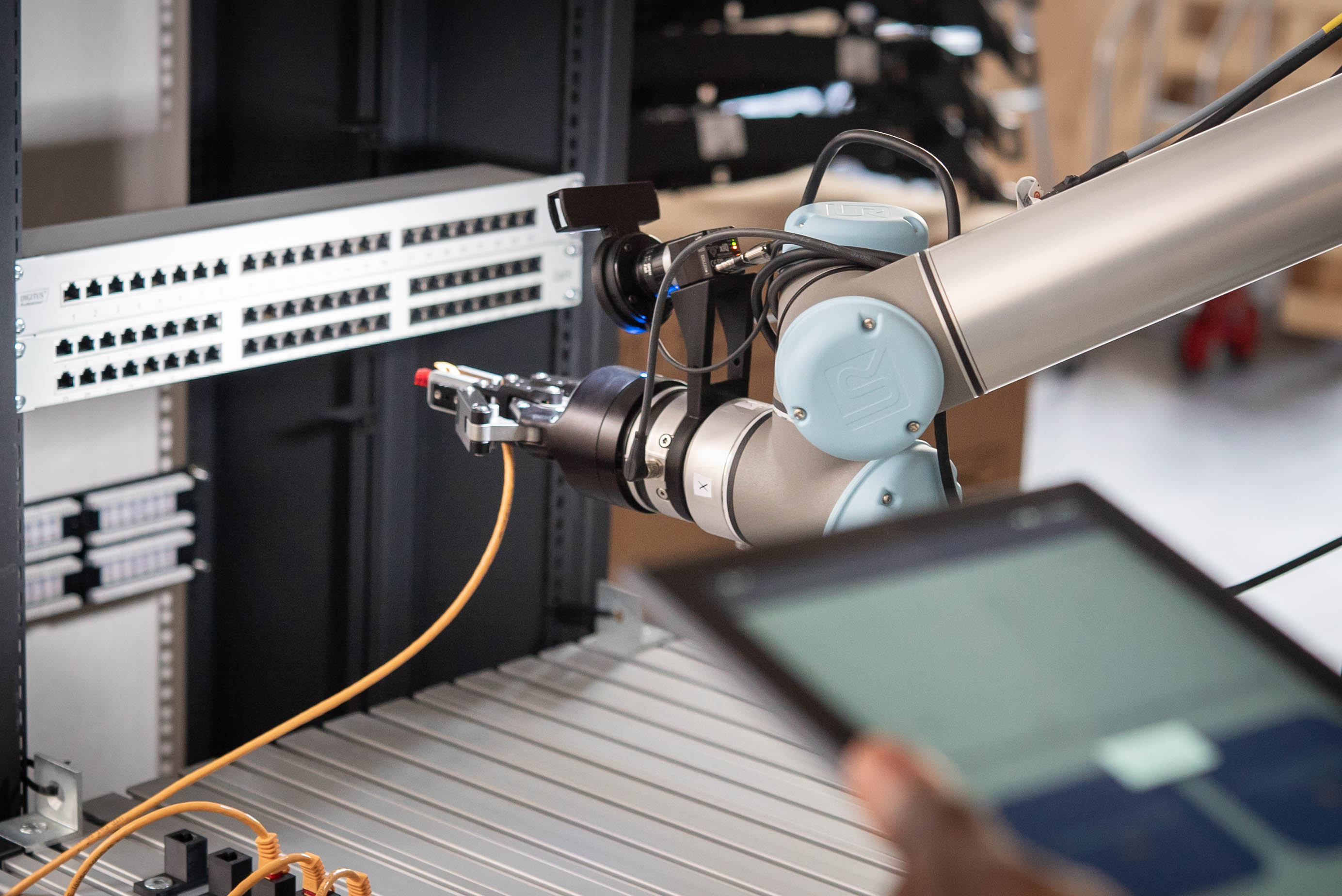 The MIRAI robot controller brings powerful machine learning features to industrial robots, and it is usable without any AI know-how. Learn more about the benefits and applications.